So I must admit that this week has been a bit crazy, and my posting schedule got messed up. For some reason, my prescheduled posts were not the most recent version, and I’m the process of completing them. So in efforts to make it up to all readers out there, I found some pictures and formed an Easter story for you:

Once upon a time

there was a girl attending a picnic

with some very dear friends

And then . . . the world as she knew it changed 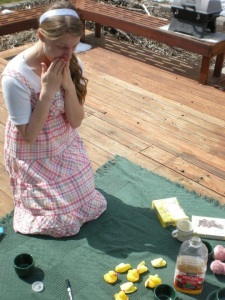 the ducks were actually . . . EVIL

They cast a spell

and the girl soon grew tired 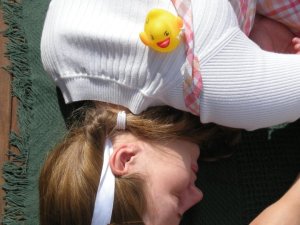 on this cruel world

that had used them so 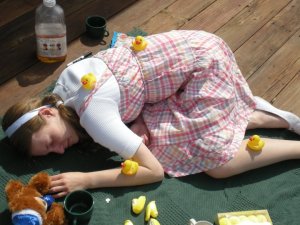 When the girl awoke, she found she was in a 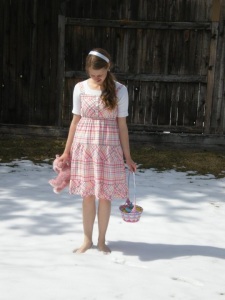 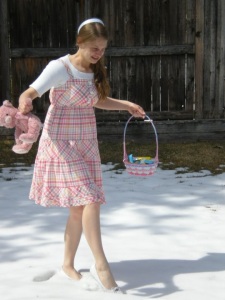