Wow, March is going to be an amazing month when it comes to books! I wanted to throw together a list of what I’m looking forward to, so if you happen to pick up one of these books we can talk! I put their release date, so you know when to start looking.

The much anticipated sequel to Hex Hall is finally here!

That was the whole reason she was sent to Hex Hall, a reform school for delinquent Prodigium (aka witches, shapeshifters, and fairies). But that was before she discovered the family secret, and that her hot crush, Archer Cross, is an agent for The Eye, a group bent on wiping Prodigium off the face of the earth. 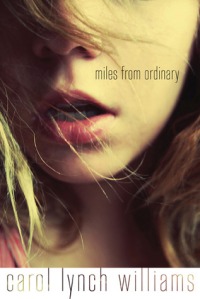 I love Carol’s books, and this one looks like it’ll be just as good as the rest.

Thirteen-year-old Lacey wakes to a beautiful summer morning excited to begin her new job at the library, just as her mother is supposed to start work at the grocery store. Lacey hopes that her mother’s ghosts have finally been laid to rest; after all, she seems so much better these days, and they really do need the money. But as the hours tick by and memories come flooding back, a day full of hope spins terrifyingly out of control….

The Dark and Hollow Place by Carrie Ryan – March 22

The last book in Carrie Ryan’s fabulous zombie world is here! I feel like I’ve been waiting forever for this book to come out, and it’s almost here. *squeel*

There are many things that Annah would like to forget: the look on her sister’s face when she and Elias left her behind in the Forest of Hands and Teeth, her first glimpse of the horde as they found their way to the Dark City, the sear of the barbed wire that would scar her for life. But most of all, Annah would like to forget the morning Elias left her for the Recruiters.

Annah’s world stopped that day and she’s been waiting for him to come home ever since. Without him, her life doesn’t feel much different from that of the dead that roam the wasted city around her. Then she meets Catcher and everything feels alive again.

Except, Catcher has his own secrets — dark, terrifying truths that link him to a past Annah’s longed to forget, and to a future too deadly to consider. And now it’s up to Annah — can she continue to live in a world drenched in the blood of the living? Or is death the only escape from the Return’s destruction? 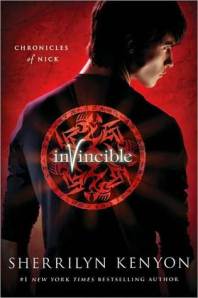 Invincible: The Chronicles of Nick by Sherrilyn Kenyon — March 22

I haven’t heard much about this book, but it sounded pretty awesome.

Nick Gautier’s day just keeps getting better and better. Yeah, he survived the zombie attacks, only to wake up and find himself enslaved to a world of shapeshifters and demons out to claim his soul.

His new principal thinks he’s even more of a hoodlum than the last one, his coach is trying to recruit him to things he can’t even mention and the girl he’s not seeing, but is, has secrets that terrify him.

But more than that, he’s being groomed by the darkest of powers and if he doesn’t learn how to raise the dead by the end of the week, he will become one of them… 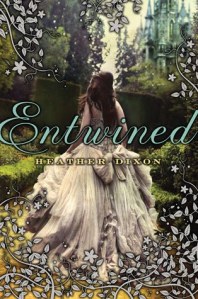 I’ve heard great things about this book, and I am so excited to finally be able to read it. The Victorian era has always been intriguing to me (I took a college class on it, so it’s definitely love), so I just know the setting will be awesome.

Azalea is trapped. Just when she should feel that everything is before her . . . beautiful gowns, dashing suitors, balls filled with dancing . . . it’s taken away. All of it.

The Keeper understands. He’s trapped, too, held for centuries within the walls of the palace. And so he extends an invitation.

Every night, Azalea and her eleven sisters may step through the enchanted passage in their room to dance in his silver forest.

But there is a cost.

The Keeper likes to keep things.

So what books look good to you? And are you excited about any books coming out in 2011?

10 thoughts on “March madness of books”