For those who missed it (and I do feel bad for every single one of you!), Markus Zusak spoke at the Provo Library last Saturday night. I went with Britney Stapley (adorable sister that she is), Jenilyn M.Tolley, Karen M. Krueger, and Cherylynne W. Bago. You can watch some video clips of the even over on my friend Suey’s blog.

And it was amazing. 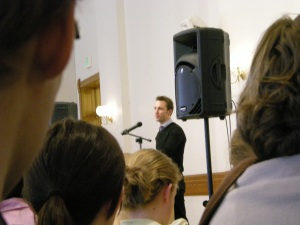 So what did you miss? I put a few highlights below, including his great tips and advice. And I got my book signed! After waiting in line for over 5 hours! But meanwhile, these were

And yes, he was oh so motivating! And then as we waited in line… 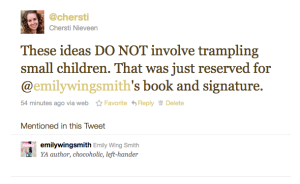 And then things got progressively worse…

And it just so happened that right when we were discussing this whole zombie apocalypse (and trying to remember the correct spelling of the word APOCALYPSE) some naive Provo Library worker handed us a book to write Markus Zusak a note. This is what we turned out.

And now, without further ado . . . WRITING TIPS AND GENERAL LIFE ADVICE (except when regarding zombies), here is Markus Zusak for you.

And I had nothing to do with the cracked pictures. I’m pretty sure neither did the zombies. 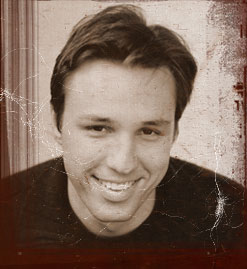 Tips and Trick and other general stuff from Markus Zusak

He’s a writer because he tries to do the simple things well. The small details (for example, sitting on paint cans at work) help make the story believable — own your story because of those small details. Using your own life to write a story. Everything that happens around you might be mundane, but pay attention. Use your life experience. “You have to have bad things happen because they give you the stories.”

“I don’t have a great imagination. I have a lot of problems.” He ran  into problems everyday of his life. In THE BOOK THIEF, Death was originally a comic book version. He was everything the audience would expect. In the original version, Death said: “This is a story about a young girl. Do you like young girls? Well I do. Then again, I like everybody.” He was too macabre. He solved this by giving Death further depth. But once he thought he solved a problem, he got 10 other problems in his writing. He wrote the most Australian sounding German girl. 3rd person was better to solve that problem.

Writing has to be one of your top priorities – either #1 or #2. He had to recently write himself a sticky note on his computer so he followed his own advice, because writing had fallen to the bottom of the list. “You know you are a writer when you are willing to write the next book even if you knew it would never be published.”

You never really kill a story. You take the best bits and cobble them together later. The Doorman (from I AM MESSENGER) was stolen from a previous story that hadn’t worked.

10 thoughts on “A Meeting with Markus Zusak”